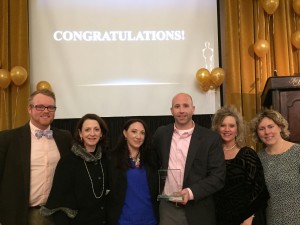 HHHunt was honored to receive a number of awards at the Major Achievements in Marketing Excellence (MAME) Awards in Richmond last week! Hosted by the Home Building Association of Richmond (HBAR), the MAME Awards pay tribute to superior sales and marketing achievements by individual professionals, homebuilders, developers, remodelers, real estate agents and associates in the local home building industry.  Congrats to all team members in our Communities and Homes divisions!

HHHunt Communities was awarded Developer of the Year for the second year in a row!  This esteemed award is presented to the developer that has made the most significant contributions to the real estate development industry including land planning, industry involvement, team relationships, company philosophy as well as number of years in business, volume of developed lots and product development.

HHHunt Homes was recognized for the Best Model Home for The Hillcrest at our Holloway at Wyndham Forest community and Builder of the Year that builds more than 150 homes annually. What an amazing accomplishment! 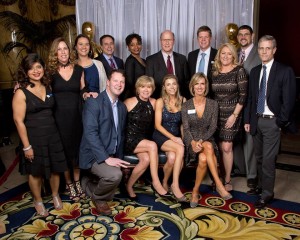 HHHunt team members received awards for excellence as well, including 10 individuals from HHHunt Homes! Plus, Cheryl Hartje of HHHunt Homes received the Summit award for the most new home sales in 2015.

We truly believe that HHHunt has the best team members in the business! They help us fulfill our vision of improving the world and how people live by creating places of great distinction. After all, we believe that it’s how you live that matters! Congratulations to all the award winners!