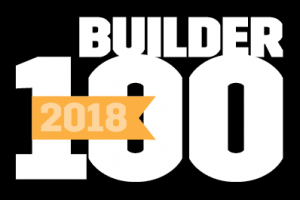 We’re proud of this national recognition and it highlights the incredible efforts of our team members! As one of the country’s leading residential builders, we believe it’s how you live that matters.

That’s why we’re honored that so many people trust us to create the places they call home. Each and every day, our team strives to improve the world and how people live.