We truly believe that HHHunt has the best team members in the business and that we’ll be successful if we stay true to our mission of improving how people live and building a better way of life. We’re also committed to the belief that it’s how you live that matters! 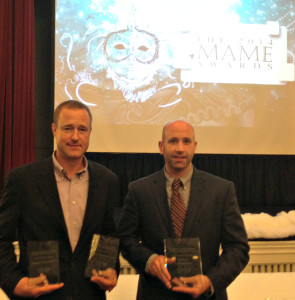 This philosophy is the foundation of HHHunt and it’s always so nice to see when others recognize it as well. We were honored to receive four awards recently at the Home Building Association of Richmond’s Major Achievements in Marketing Excellence (MAME) Awards. HHHunt was named the top Developer of the Year and the top Builder of the Year! Congrats to all of our team members in our Communities and Homes divisions.

We were also recognized for the Best Social Media and Best Community Spirit. The community spirit award was particularly meaningful because HHHunt was lauded for building a house for Hanover Habitat for Humanity in 25 days in 2014. We are so grateful for our team, vendors, and community partners who helped us make that home a reality for a very deserving family. 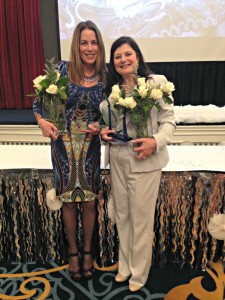 HHHunt team members received awards for excellence as well, including 11 individuals from HHHunt Homes! Lisa Khoury of HHHunt Homes was named the Rookie of the Year and Jeri Copeland and Melony Fuller of HHHunt Homes both received the Summit award for the most new home sales in 2014 (they tied with a whopping 61 homes sales each!). Plus, Jeri was inducted into the Hall of Fame for her many years of service and success!

It was a beautiful and very rewarding night for HHHunt! All of our team members share in this success and these awards are a powerful testament to our mission. Congrats to everyone and remember it’s how you live that matters!