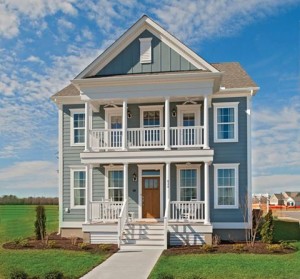 Welcome to the final blog post in our ongoing series that showcases the exciting growth and developments within the various HHHunt divisions in 2016. We’ve already taken a look at HHHunt’s Apartment Living division, HHHunt’s Communities division and HHHunt’s Senior Living division. Let’s check out HHHunt Homes!

Since 1992, HHHunt Homes has been building stunning homes in exceptional neighborhoods. The luxurious single family homes and townhomes are perfect for buyers in all stages of life. Our homes are customized to fit any lifestyle preference and feature contemporary home designs, large modern gourmet kitchens, spacious family rooms, architecturally distinct exterior themes and more.

Over the years, HHHunt Homes has expanded and is now active in 42 neighborhoods across three markets in Virginia and North Carolina.  In 2015, they achieved a total of 496 home closings which is a 40% increase over 2014.  As HHHunt Homes’ impact on the local economy continues to grow, so does their partnership with more than 55 local trade partners in Richmond, Hampton Roads, and North Carolina. 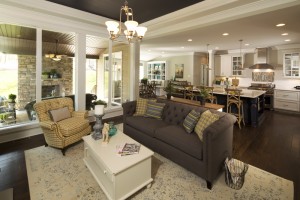 HHHunt Homes is known for providing benchmark customer service, construction excellence, quality materials and innovative architectural design in the finest locations with unparalleled value.  To show further testament to the incredible homes we create, HHHunt Homes was recently named the second largest home builder in Richmond! HHHunt Homes also recently won Builder of the Year at the Major Achievements in Marketing Excellence (MAME) Awards and the 2016 Builder of Choice Award by Builder Partnerships, presented to only six homebuilders in the nation.

We’re so proud of all that HHHunt has accomplished and thank everyone who has contributed to our vision of improving the world and how people live. At HHHunt, it’s how you live that matters!