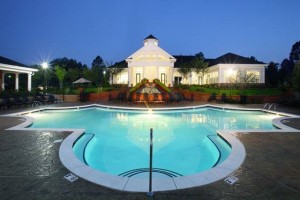 As we mentioned in a previous post, HHHunt’s Dan Schmitt and Buck Hunt recently completed kickoff events for the HHHunt team. These events highlighted areas of growth and what’s ahead in 2016. As part of a series of blog posts over the next few weeks, we’re going to take a look at the planned growth in each of HHHunt’s four divisions. There’s no better place to start than Apartment Living!

Apartment Living has been a cornerstone of HHHunt from the very beginning when Harry Hunt saw a need for faculty and student housing at Virginia Tech in Blacksburg, Virginia. Currently, HHHunt manages 7,134 apartment homes in 15 apartment communities throughout Virginia, North Carolina, South Carolina and Maryland.

Our Apartment Living division also plans to start construction on three additional apartment communities in Virginia this year in Midlothian, Manassas and Stafford.  When all five new communities are complete, they will add a combined total of 1,443 new apartment homes!

Stay tuned for next week’s blog post, which will be focused on the 2016 growth of HHHunt Communities. We’re so proud of all that HHHunt has accomplished and thank everyone who has contributed to our vision of improving the world and how people live. At HHHunt, it’s how you live that matters!