As an engaged community partner, HHHunt gives back in a variety of ways. The Abberly at West Ashley and Abberly Crossing apartment home communities in the Charleston, SC area found a unique and delicious way to support an important cause in their region. The two communities teamed up to participate in the 17th annual Charleston Animal Society Chili Cook-off and Oyster Roast. The event, which took place in November 2016, attracted more than 6,000 attendees to Riverfront Park on the banks of the Cooper River. The fundraiser generated over $500,000 for the Charleston Animal Society and all of the funds will help injured, sick and homeless animals. 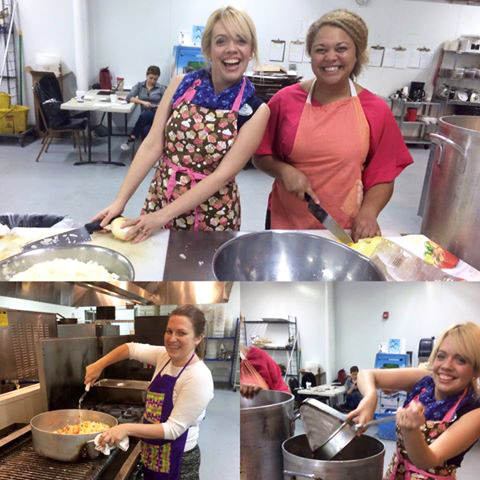 The HHHunt team raised over $1,700 on ticket sales and had a great time making and taste testing the chili!  We think that the creative and coordinated costumes may have helped as well. Who doesn’t love 101 Dalmatians, especially at an event benefiting an animal society?

Great teamwork doesn’t just happen in the office or at one of our communities, it extends to meaningful events like this. In addition to the money raised, 25 dogs were adopted onsite at the event, including the last dog adoption of the day which went to our own Jenny Owen, Property Manager for Abberly at West Ashley. She just couldn’t leave a dog without a home. Like all of our team members, she has a big heart!

We often emphasize our philosophy that we believe it’s how you live that matters. Our team members embody this philosophy and our mission to improve the world every day by supporting and serving in their communities. We’re proud of the Abberly at West Ashley and Abberly Crossing teams and congratulate them on their role as engaged community partners!