In 1976, exactly 200 years after the founding of our nation, Black History Month was established. The month-long celebration honors African American people and events in our history. February was selected for Black History Month because it coincided with the birthdays of Frederick Douglass and Abraham Lincoln. Our nation owes a great deal to countless African American leaders, from Frederick Douglass and Harriet Tubman to Martin Luther King, Jr. and Rosa Parks and many more.

In honor of Black History Month, we wanted to highlight three significant, but often overlooked, African American leaders who had an enduring impact on business, education and the arts: 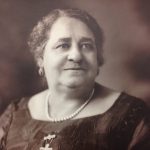 We believe it’s how you live that matters and recognizing the trailblazers who came before us, especially those unsung heroes, is critical to understanding who we are and the history of our country.  We encourage you to learn more about the history of this special month and explore the Smithsonian’s recently-opened National Museum of African American History and Culture.